The Liebster Award (how to freak out a technophobe)

A few days ago The OverEater nominated Baking for Bears for the Liebster Blog Award. Was I pleased? Yes. Was I slightly intimidated by the fact that I might have to write about something other than cake? Definitely. (And being the technophobe that I am, I’m still not entirely sure of how to navigate my way around WordPress, and this would involve some exploring!) So I decided to do what I always do when faced with a challenge – forget all about it and bake something instead.

But then a few days later ilovejenscupcakery also nominated Bakingforbears for the same award. So I’m taking a deep breath, and trying to work out all the rules. (Also I’ve run out of eggs and flour so I can’t bake anything.) 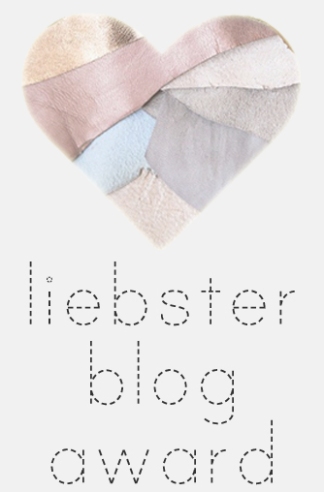 It turns out that the Liebster Blog award is a ‘tag’ award which recognises new or less well known blogs who post interesting content and are dedicated to their blogs. There seems to be a slight variation in the rules from what I can see, but these are the ones I’m going with:

1) I have developed a sudden irrational fear of flying in the last year.

2) Despite being a complete technophobe, I have completed all the Lego Harry Potter Wii games.

3) I like my Starbucks to be a grande sugar free hazelnut skinny wet latte.

4) I not ashamed to be a Spice Girls fan.

5) I have never seen any of the Twilight movies. Or Titanic.

8) My favourite flowers are daffodils

10) I have a degree in astrophysics

These are the blogs I wish to nominate for the Liebster award:

1) Love to bake by emmysbaking, who has some fab foodie posts, which aren’t just for sweet teeth (I should take note)

2) Amyfreemansblog because it’s very very new, and we both love to bake. And have nearly 2 yr olds.

4) Spartan cupcakes who have flavour combinations like no other. Seriously, check it out!

5) Ugly kitchen, Pretty cakes whose chocolate brownies look amazing… and I don’t even like chocolate!

Apologies to these Blogs if they have already been nominated for the award – as I said, I’m not great at finding my way around here yet!

Posted in Uncategorized and tagged awards. Bookmark the permalink.
← Soggy Bottoms and an Eton Mess
Talking the stripes off a Zebra →

A Little Baker in Training

I love baking and teaching my little ones to join in on the fun!

no time for ironing

My Blog
The Baking Fever
A small insight

Sharing my life with you x