A Little Ray of Sunshine

Or rather, a rainbow. Sure to put a smile on anyone’s face.

The nozzle is a 1M. Paint a stripe of red, orange, yellow, green, blue and violet gel colouring inside the piping bag, to each point of the star nozzle. Fill with white buttercream, pipe in a swirl, et voila, RAINBOWS!

Daddy Bear is very anti facebook and deems it’s only purpose is as an institution for procrastination and self indulgence. Well fair enough you may think, but this is coming from the guy who has had, at one point, 9gag as his default home page. 9gag, which was invented solely for the purpose of procrastination.

So when he saw that I was making rainbow cookies, his response was a little like this: 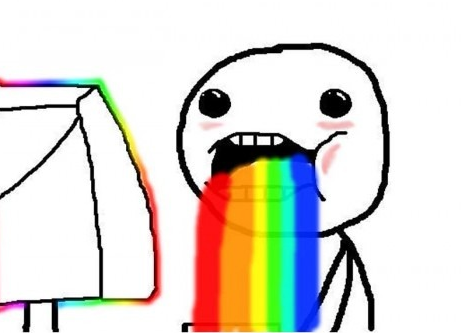 And then proceeded to tell me that actually, they weren’t rainbow cookies, but Unicorn Poop. Apparently, according to 9gag Unicorns poop rainbows. Who knew? He then proceeded to show me some completely pointless Nyan Cat. No, I didn’t get it. But then, he doesn’t understand why I was secretly praying that JK Rowling’s new book was actually ‘Harry Potter: The Epilogue’ in disguise. I digress, back to pooping unicorns: 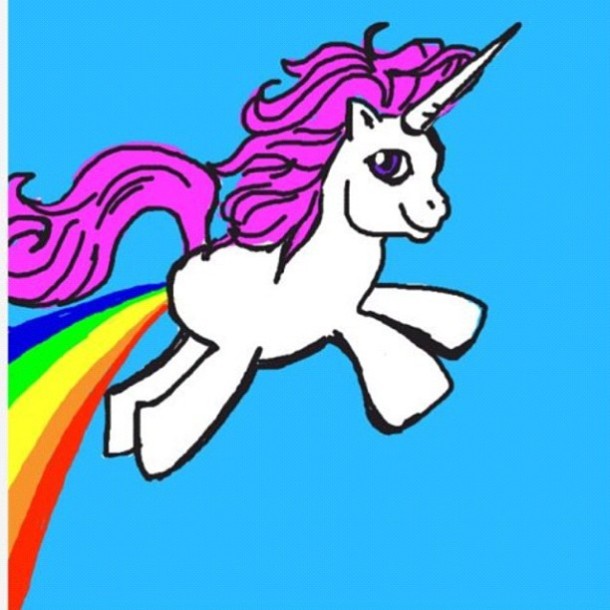 I made the cookies following some super assembly instructions for Jen’s Just Desserts, (check out her page for really cute and fresh ideas for baking, but beware, you’ll blink and it will be midnight!)  and used my own recipe for the sugar cookie dough.

Cream butter sugar and salt for 2 minutes using an electric beater, then add in the egg, egg yolk and extract and beat again until combined. Add in the flour and baking powder and mix again, using your hands to prevent a flour cloud, until an evenly mixed dough forms.

Split the dough into 4 equal parts, and then colour each part using a different gel colour. You can use any colours you like, I just used the ones listed above because they are what I had to hand, with the highest contrast.

Wrap each ball of coloured dough in cling film, and then refrigerate for at least and hour. Once chilled and firm, remove from the fridge, and unwrap the cling film. Pull off a marble sized lump of each colour and roll them into small balls, then push the 4 balls into each other so they resemble a hacky sack.

Use the palm of your hand against the board to roll the ball into a sausage shape, and then wind the sausage shape into my current favourite spiral pattern. Gently roll the edge of the spiral in sugar sprinkles or non pareils, and then pop onto a baking tray. My Cookies didn’t stick to the tray, so there’s no need to worry about lining your baking tray (woohoo!).

Pop in the oven for 10 minutes at 180 C of until they are firm to touch on top. Remove from oven, leave for a minute and then transfer to a cooling rack. 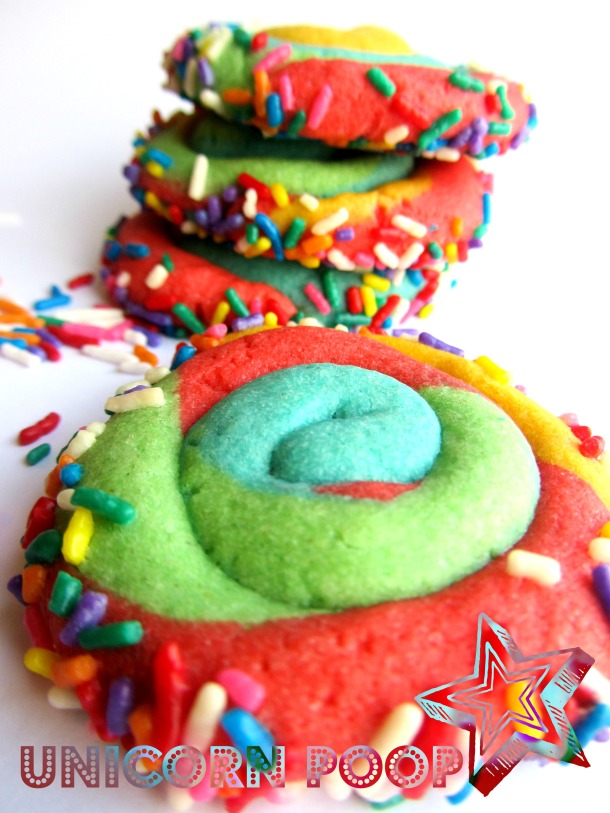 Daddy Bear and Big Bear both think that these are awesome, clearly for different reasons. Or maybe Daddy Bear just never grew up. Baby Bear is also a fan, although I haven’t met a biscuit yet that he won’t eat, so that’s not really a fair assessment on the taste! 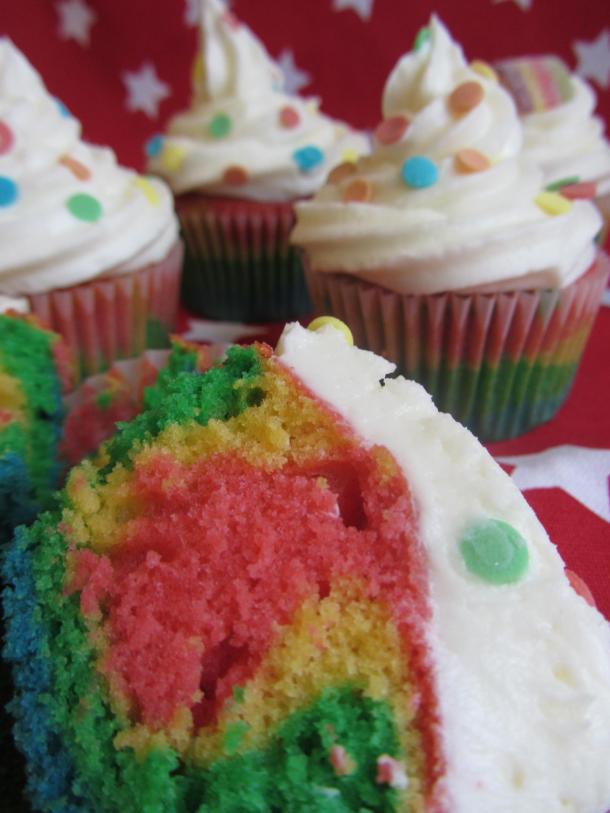 I love these cakes. How can you look at them and not smile?! Also I love them because they’re easy to make. There’s no fiddling for hours with tiny sugar paste decorations (which I’m pretty sure I would love if it didn’t mean I’d discover ww3 had broken out in the kiddies bedroom because my back was turned for more than 2 minutes whilst dusting roses) but they still look amazeballs!
Lots of people have asked me for a how-to, and here’s the basics:

Make your normal vanilla batter, spilt into 4 bowls, colour each bowl of batter a different colour using gel paste colourings. Put a spoonful of each colour batter into a white cake case. Bake as per your normal recipe. Frost with white buttercream and decorate with Dr Oetker Polka dots or rainbow string sweets. Et voilà!

A Little Baker in Training

I love baking and teaching my little ones to join in on the fun!

no time for ironing

My Blog
The Baking Fever
A small insight

Sharing my life with you x